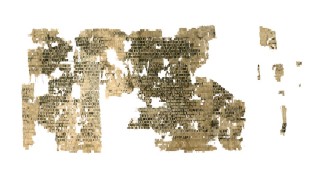 Philology and Textual History: Textual Criticism and Literary Analysis of Translation; Critical Edition and Analysis of Cicero’s Works (Oratory and Philosophy); Edition and Study of Literary, Paraliterary and Documentary Papyri in Greek From Egypt; The Role of Marginalia in the Reception and Edition of Classical Texts.

Aspects of Greek Literature: Ancient Theatre (Performing Arts, The Comedy of Aristophanes, Relationship between Theatre and Myth); Gnomic Literature and Its Transmission; Anthological Papyri; Physiognomic and Chiromantic Texts; The Figure of the Charioteer in the Archaic and Classical Ages.